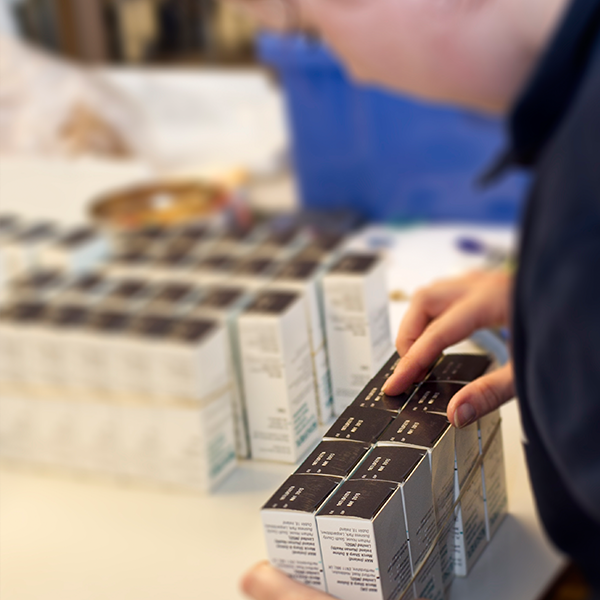 The Odense based pharmaceutical company Orifarm is presenting a new record-breaking annual report with the highest turnover and earnings in the company’s 25-year history.

The progress in 2019 is mainly attributable to a strong sales growth of parallel imported pharmaceuticals at the German market, which is also Orifarm’s largest market. Orifarm increased its market share and generated both higher turnover and earnings. Also generic pharmaceuticals showed progress where in particular the Norwegian market grew.

For Orifarm’s CEO Erik Sandberg the result is more than approved.

- We have all worked hard and been careful not to rest on the laurels from last year’s result, and I am proud of the result we have achieved as a team. In addition to the awesome result we have also implemented a number of digitalization projects in our operation, which will make us even more competitive in the future. A future, of which we have high hopes.

Orifarm Group has ambitions to continue the growth in the next few years. There is still a lot of potential within the two existing business areas, parallel imported pharmaceuticals and sale of generic pharmaceuticals. All in all, Orifarm has sold more than 26 million boxes of medicine in 2019. This entails another record for Orifarm.

The parallel import business has not only increased the turnover in Germany, but also in Finland, Austria, and United Kingdom. However, the exchange rates in especially United Kingdom and Sweden have affected the earnings unfavorable.

The sale of generic pharmaceuticals in the Nordic countries has also been in clear progress in 2019, where turnover has increased with nearly 8%.

Acquisition – a part of the growth strategy

- The acquisition of Pilatus is an example of the fact, that we keep a close eye on possible acquisitions which have synergies in terms of our present business areas. Pilatus has added some new activities, which we are about to develop and which we can infuse with a lot of muscle work with our comprehensive experience in parallel import, says Orifarm’s CEO Erik Sandberg.

Orifarm Group’s target is a minor growth in revenue in 2020 and retention of earnings at 2019 level.

Facts about Orifarm Group
Orifarm Group is the largest supplier of parallel imported pharmaceuticals in Europe and one of the largest suppliers of pharmaceuticals in Denmark. The Group is engaged in parallel import of medicines from the EU/EEA which are sold to Denmark, Norway, Sweden, Finland, Germany, The Netherlands, Austria, United Kingdom, and Belgium.

Orifarm Group has its headquarters in Odense and the entire Group employs close to 1,200 people today, of which around 360 in Odense.